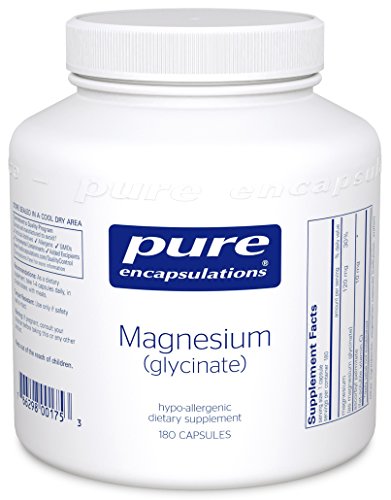 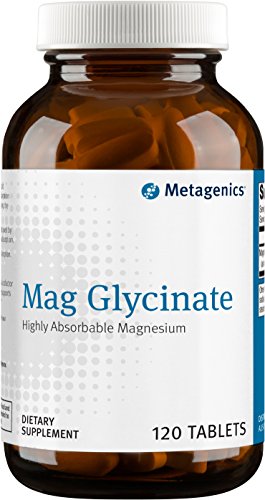 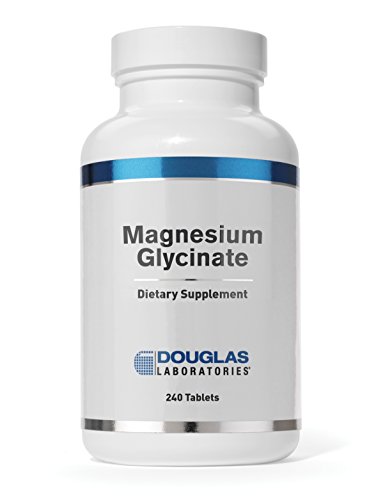 Chemists use the term “salt” to describe the combination of an acid and a base. The most common “salt” is table salt—a chemical combination of the basic Sodium (Na) and acidic Chloride (Cl). These types of chemical processes create new compounds that have more, or less, electrons than protons. Such a composition is considered ionic. There’s plenty more to learn about chemical salts and ionic compounds, but that’s enough to understand the basics of the different types of magnesium.

As it turns out, several amino acids play the role of the acid very well when creating chemical salts. Glycine and Lysine are common amino acids used to create the types of chelated compounds common among consumer supplements. Many other amino acids can be used to create such chemical compounds though vary in their suitability. Amino acids such as Alanine, Serine, Cysteine, and Value (to name just a few) are all capable of creating chemical salts. The conditions by which these compounds do so aren’t always as favorable or practical as other amino acids such as glycine. That’s why glycine is so popular—it readily combines with many ionic metals (like magnesium!)

The first thing that might jump out to you is that combining these two compounds results in a 2.016 g/mol difference than one might expect (172.423 vs. 174.439). This is because a hydrogen (H2) molecule is lost during the reaction! The resulting compound is roughly 14% elemental magnesium, by weight, which means magnesium glycinate supplements are only 14% magnesium and 86% glycine.

Since magnesium glycine is 86% glycine by weight, it’s important to consider the benefits of glycine alongside those of magnesium when considering this compound. Arguably, it’s about five times as important. We’ve written an entire article on the benefits of glycine where you’ll find a detailed discussion. Below you’ll see a summary of some of that article’s highlights.

Many of the benefits associated with glycine revolve about its ability to help stimulate the production of antioxidant compounds like glutathione, superoxide dismutase (SOD), and catalase. These compounds are associated with reduced levels of inflammation and lessened amounts of tissue damage.

Collagen is a compound our body uses to create new tissue like skin, hair, nails, and even cartilage. This compound is nearly one-third glycine by weight! Research suggests that our bodies are metabolically incapable of making enough glycine to support daily requirements for collagen production. Clinical studies have demonstrated a significantly higher amount of collagen production in subjects given glycine supplementation.

Glycine is a neurotransmitter responsible for inhibitory action within the synapses of our brains. Similar to GABA, glycine can help slow down racing thoughts and overactive brains. Researchers have found strong potential with glycine being used to treat OCD and Schizophrenia. When given an adjunctive supplement of glycine alongside conventional therapy, patients who have Schizophrenia have seen remarkable improvements in symptoms! In other words, glycine made their medicine more effective!

Research has demonstrated glycine’s ability to help regulate our internal clocks, even resetting them in some cases. Glycine has also been attributed to lowering the amount of time it takes to fall asleep, improving quality of sleep, regulating sleep cycles, and increasing daytime alertness. This impact on sleep is why magnesium glycinate is often recommended to be taken with dinner, or before bedtime!

This brings us to the benefits of magnesium; an impressively expansive topic. Magnesium plays a central role in hundreds of enzymatic processes throughout our bodies. A magnesium deficiency is likely to cause a cascade of unwanted symptoms and is often difficult to diagnose. It’s thought to be the root cause (or at least initial issue) of many major health issues today. We’ve got another entire article just about the benefits of magnesium but below you’ll find a quick breakdown.

Metabolic Syndrome describes a range of biomarkers such as blood pressure, fasting blood sugar, and cholesterol levels. These are all considered high-risk factors for diseases such as heart attack, diabetes, and stroke. Research shows magnesium plays an essential role in helping to regulate these types of biomarkers in such a way that supports optimal health. Magnesium supplements won’t cure your diabetes, but research suggests they may help stabilize your blood sugar, blood pressure, and triglyceride levels. Research suggests that glycine is also quite effective at optimizing many of these concerns as well. That would suggest magnesium glycinate is exceptionally well qualified for such usage.

Our skeletal structures have a lot of magnesium in them. As much as 60% of all the magnesium in our bodies is found in our bones. Of this, approximately 30% is considered “free” magnesium and can be loaned out for things like controlling pH levels. When our bodies don’t get enough magnesium, it’s possible that our bones may become porous and at higher risk for such conditions as osteoporosis. Research has proven that magnesium supplementation can help support optimal bone density, particularly in the hips. Researchers note that the most significant benefits seen, with regards to magnesium supplementation and bone density, are by those not currently meeting the recommended daily allowance for magnesium. In other words, the people not getting enough magnesium are the ones that benefit the most from magnesium supplements.

There is some evidence to suggest magnesium is effective in improving strength during weight lifting or athletic performance. There are only a handful of studies which have investigated this relationship and most have been small in size. Nonetheless, they suggest that magnesium creates a significant increase in strength when taken in acute doses 3 hours before exercise. These studies have investigated the effect of magnesium supplements, but it stands to reason that eating a high-magnesium meal 3 hours before working out would offer similar results. That’s just a guess.

Magnesium’s role in supporting optimal cognitive performance isn’t well understood, at least not well-defined through clinical investigation. A limited number of clinical studies have shown that higher neural levels of magnesium correlate with significant improvements in learning and memory. There’s only been one notable human trial and the compound used was Magnesium Threonate. There are many more studies that have found magnesium to offer significant benefit to those suffering from migraine headaches or cluster headaches. Magnesium Glycinate’s high percentage of glycine makes it worth particular consideration for brain health. Glycine is, after all, an inhibitory neurotransmitter. Coupled with magnesium’s reputation as a muscle relaxer, magnesium glycinate is an ideal candidate to support a naturally-relaxed state of mind.

Selecting a type of magnesium supplement is a very personal decision. You should take into account your nutritional needs and have testing data to help guide your decision. There isn’t a lot of clinical data to illustrate how certain types of magnesium may differ from one another. For a deeper discussion on the benefits of specific types of magnesium check out our article 7 Health Pros De-Mystify Magnesium Supplements.

Magnesium Glycinate is well-regarded among all the health professionals I’ve ever spoken with. It’s been recorded as a superior form of magnesium in what little research exists to compare different types of magnesium. As with any ionic “salt,” one should carefully consider the elemental composition of magnesium. For example, each 1-gram dose of magnesium glycinate offers approximately 140mg elemental magnesium and 860mg. Clearly, it’s important to recognize the potential effects of glycine in this case.

Magnesium Glycinate
5
Rating
Bioavailable Chelated Magnesium
Magnesium glycinate is the amino acid salt of magnesium and glycine. It's regarded for its neuro-inhibitory action but offers many other notable benefits. It's often recommended as an effective oral supplement for magnesium deficiency.
The OrganicNewsroom is a participant in the Amazon Services LLC Associates Program, an affiliate advertising program that helps us earn advertising fees by advertising and linking to Amazon.com. Read our article How We Make Money for a detailed explanation of these types of services.